There has been more to the work of Yoba then pasteurizing milk on bonfire’s in the bush.

It must have been more than a year ago that I joined a team of Yoba and Heifer people and we confined ourselves in the Heifer Uganda office.  After a conclave of several days, the team came out. Alive, and in our hands the Ugandan contribution to a proposal for a project titled ‘Fermented Food for Life’.

That was only the start of a long and  troublesome process, of which I will safe you the details. But finally, in May 2016, I found myself in a hotel near Kampala. And I was not alone. There was a grant of about 1.5 million CAD on the table. And there was a very diverse team of people from Canada, Kenya, Tanzania, the Netherlands and Uganda. The group dynamics evolved from storming, norming and then finally to forming. Forming of a team and forming of a plan.

Ground operations in Uganda have expanded from a solo-team to 4 fulltime team members plus additional support on finance, monitoring & evaluation, research and overall coordination.

It is a whole new dimension, with its own challenges and benefits. But most importantly, we are going to make a change in the lives of an ever increasing number of happy and healthy yoba yoghurt producers and consumers! 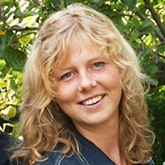